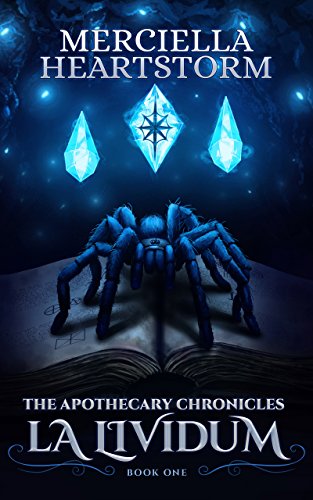 “We have never been alone. Humanity has always had small glimpses into other worlds since the beginning of time, but in the 1600’s a catastrophe tore the veil off, and Earth has never been the same since. Humankind has had centuries now to adapt to a life where the creatures from our many cultural myths and legends are very real. Alive. Living in the same apartment complexes with us. It’s taken a while but everyone has managed to come to terms with it. Well, almost everyone…

Rumor has spread of an ancient, magical weapon resurfacing in the black market. A weapon blessed by an organization of zealots who call themselves The Pillars and owned by their prophet and hero Sir Asmir, a Knight of their order. Lost to time it was all but forgotten until one day a mysterious treasure pops up in a museum. Suddenly they are not the only ones interested.

A mysterious woman appears wherever the relic goes, and when it reaches the Dark Fey city of Arrana, tragedy strikes. Every day another woman goes missing. Baffled, police are struggling to catch a killer, reaching out to anyone who could help. When their best mages fail to make progress it seems once again, it’s time to call on the city’s resident expert on all things dark and evil.”

I can’t say I enjoyed this, I really didn’t. I wanted too, it looked to have so much promise, even the cover looked amazing, I though I was going to be in for a wild ride of a story. I thought wrong. I love all things supernatural, paranormal, fantasy, all that, I feel I had my expectations set far too high with this one.

I had my issues with it from the start. I hated the what seemed to be over bearing, over controlling lead character, Zelena. She seemed more like a psychotic stalker than a woman with a crush. The relationship between Cyrene and Zelena was what really put me off I think. It was very, how can I put this, unpleasant to read. Zelena constantly turning up where she knew Cyrene was going to be, the way she she was always so cocky about Cyrene ‘wanting her’, it just was too creepy and controlling for me. This really put me off from the get-go and I fear that may have distorted my view of the book. I really couldn’t get into it properly, this relationship was far too much of an unpleasant distraction.

I gave up before the end, I just couldn’t read anymore as it was making me very irritated. I gave it a fair go, I took a long break from it, cam back to it with fresh eyes, but still, no. This book was not for me.

It felt that the Fey, the magical weapon, the mystery involving the missing women and all the other supernatural stuff was just the filler. The author seemed far more interested in this very unhealthy relationship than anything else. It should be marketed as a dodgy romance rather than a supernatural fantasy novel.

Anyways, yes, I hated it, but everything is subjective and I know there are those out there that love it. My hatred of this book is my own and does not reflect the thoughts or opinions of anyone else.

If you are interested, you find it via Amazon (UK) here: https://www.amazon.co.uk/Lividum-Apothecary-Chronicles-Book-ebook/dp/B07FNMYMXX/ref=sr_1_1?ie=UTF8&qid=1541953256&sr=8-1&keywords=merciella+heartstorm