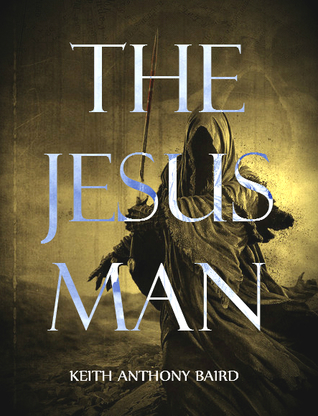 Synopsis courtesy of Goodreads: “It is 2037. Radicals in the Middle East have done the unthinkable. Low-yield nuclear weapons have been unleashed and the subsequent escalation of exchanges is enough to blacken the skies.

In time, the world goes dark. Crops fail and economies begin the inevitable collapse. Countries close their borders, cease trading with one another and declare martial law to control their populations. As oil and power dwindle, the descent into chaos follows and the global meltdown unfolds.

An entity arrives and this malevolent force begins its strategy to claim this broken territory as a piece in a long-waged celestial conflict. Moving half a century ahead, the story centres on a colony entrenched in the desert of the Four Corners region of the United States. It is a place of sanctuary, established in the post-war years and grown to be a stronghold in the badlands. In the wake of the entity’s global strategy, it stands as the sole remaining seat of the human race. Its citizens are ruled by a brotherhood of elders who cling to the shattered remnants of the Christian faith.

A priest, favoured of the sect, begins to suffer nightmarish visions as evil turns its intent on the last bastion of mankind still to fall by its hand. Overcome, and subsequently possessed, the holy man becomes the vessel through which dark forces infiltrate the colony and lay low the last of men with a crushing malediction which will claim their souls, their homeworld and ultimately their Godhead for all time.

Rich in descriptive content and paced throughout with a growing sense of doom, The Jesus Man delivers an unsurpassed vision of Hell on Earth.”

Many thanks to Keith Anthony Baird for allowing me the pleasure of reading The Jesus Man in exchange for an honest review.

“I am the beast who stalks the scourge of man, the wind that hollow breathes… I am every soul’s disease”

I have to be honest, with the first couple of chapters I was struggling. It was a complicated read, not so much the content, it was just very, how can put this, ‘wordy’ and felt maybe overwritten a touch. But as I got more involved with it and deeper into the story, I began to appreciate the writing style more and more. It actually works very well for the story and I feel adds to it. It’s a brilliant book. The descriptive imagery is quite terrifying in parts. You would not think this was a debut novel. I especially loved the chapter supplemental after each chapter; I thought those were great additions that added even more to the narrative.  I feel this is a novel I will need to re read and that I will appreciate it even more. I do think with the complexity of it I have probably missed things essential to the story. I love that though, when you see extra’s you missed first time around. It adds to the thrill as you know there will be something new.

An example of the imagery and quite frightening descriptiveness:

“At the rear of the chamber, she skipped in front of a full-length mirror propped against the wall and came to a standstill. It was ornate and its rich surface of polished wood was beautifully carved and she leaned forward and peered into it. No reflection peered back, for she was the construct of evil, plucked from Clay’s most recent vision, the ghost of a soul who’d never existed and she was looking forward to her meeting with Brother Decker. She pulled the cord in the dolly’s back and the voices of the legion of the damned cackled as one.

‘Please kiss my tears away’

So, The Jesus Man; A post apocalyptic vision of our future, hell on Earth, and the end of mankind. This is a great read, a very honest envisioning of life after a nuclear intervention. The world as we know it is over, and we are now living a very primitive life within the sanctuary of ‘The Ark’ (if we are one of the lucky ones). This isn’t set straight after the end of the known world, it is some years later. Mankind has settled into its new routine, a hierarchy of control with a somewhat barbaric judicial system. And of course, we are still fighting over who has the power – when will we learn?

There is some very descriptive and ‘real’ dialogue concerning us first turning on one another. Splintering into groups, hording rations the astounding paranoia as life falls apart. Before eventually the groups begin the slow descent and turn on one another or themselves. If frightening how close to reality this could be.

It’s not ourselves it turns out that we need to be concerned about; it’s a higher, dark power, one that comes from the depths and one that cannot be contained, one that has come to seek the ultimate retribution for our sins past and present.

I was riveted with the story of Clay, his visions, his nightmares and his frightening possession experiences. It’s gripping stuff, very well written and imagined. I won’t say anymore as I don’t want to ruin it for anyone.

I can only hope to put out a debut book as good as this.

Thank you for allowing me the pleasure.

The Jesus Man is the debut novel from Keith Anthony Baird and is available from Amazon (UK) here: