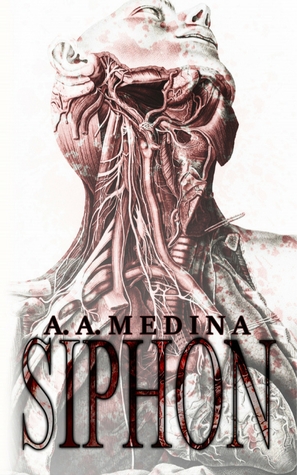 “There is an urge inside you”

“Dr. Gary Phillips, the resident hematopathologist at Claybrook Medical Center, is a lonely man struggling with the duress of an all work and no play lifestyle.
Burdened with an unhealthy infatuation with his co-worker, a burning disdain for his boss, and an abusive relationship with his grandfather, Gary just can’t catch a break.

That is, until a workplace accident ushers in a bizarre, but empowering experience that evokes a new sense of self, forcing repressed memories to surface while encouraging him to pursue his fantasies with unconventional methods.”

Well what can I say? WOW… this is a really great intense story. I got lost within this during my lunch breaks at work. They say everyone finds something different within a story, a different meaning. To me this was a story of neglect, a boy who lost his parents when he was small. He was never told the whole truth on the matter, and was forced to live with his cold unsympathetic grandfather. This is also a story of resentment, a man, trapped in the mundane cycle of day to day life. In a job that he didn’t really want; a hard ass boss always on his case; a turbulent home life; and the unrequited love of a woman. It is also a story of obsession. Gary is infatuated, lustful, completely obsessed with his colleague Wendy. He is obsessed with her to a dangerous level; this obsession becomes his eventual undoing.

I was bearing witness to a descent into madness. This was the steady mental decline of Gary as the tolls of his work, his grandfather and his isolation fed on him, akin to vultures preying on the wounded.

His unquiet mind is silenced by the blood; it felt like this was his comfort, and his release. It presented him with something tangible to focus on during his waking hours. His ‘possession’ by another force was his mind’s way of dealing with the unnatural acts he was participating in. I feel it was also his mind’s way of processing his guilt over the eventual murder of his grandfather. The idea of this split personality, a separate being, a godlike creature, taking over one’s body and doing what he couldn’t do gave him the sense of self he needed. The blood, giving him a new found confidence, as what do they say ‘blood is life’.

I highly regard this story; this is a most definite re reader for me. It will be going on my personal favourites shelf. I felt a real sense of connection with Gary. He is just a guy, struggling to find his true way in the world and he lack of self identity, his fear and his repression is his eventual downfall. It’s heartbreaking in its own way.

I cannot recommend this enough. A.A. Medina is one talented writer and I for one cannot wait to read more from him!